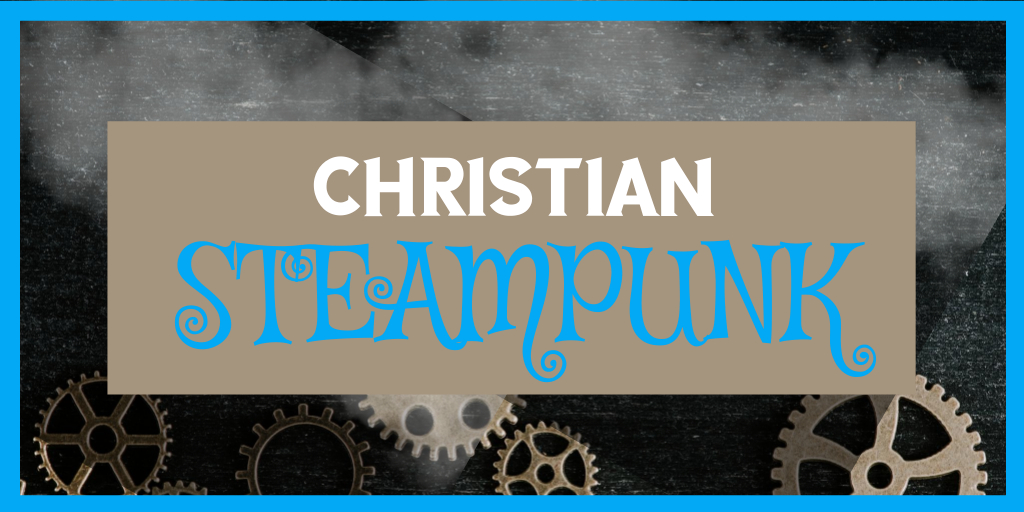 Today, we enter a whole new world. Some of the dangers are far too familiar. But some are very unique and creative. As much as I enjoyed being a guest to Skyworld, I’m not sure I would want to live there.

I’ll admit that I didn’t know what ‘steampunk’ was until this book. But it’s pretty cool. Victorian culture, steam-powered advanced technology, and a fascination with science.

And I must say, this author hit the ball out of the park with her Christian Steampunk books!

Christian Steampunk books explore a unique ‘what if’ that really fascinates.

What if technology had taken a different turn. If steam power had been improved on while other advancements in science were happening, and other power sources hadn’t been figured out?

What would life be like? And what if somewhere in the ‘other branches of science’ something went haywire, and nearly destroyed the planet?

Enter Skyworld, and find out one possibility.

This series of Christian Steampunk books truly captures both a fascination of science and faith. And it’s perfect for gifting to a friend who may not be a Christian, because it’s very subtle. Book one only has a bit of faith, but it’s very genuine in the good guys. And book two is a natural next step, but still not pushy or preachy. Just enough to wrestle with a piqued curiosity:

Book 1:  Secrets in the Mist

In a world where humanity lives in the sky to escape a deadly mist below, Cass’s only goal is survival. That is, until she finds a job on the airship Daedalus as a diver. Now she explores ruined cities, looking for treasure and people’s lost heirlooms until a young man hires her to find the impossible: a way to eradicate the Mist.

Theodore Winchester is a member of one of the Five Families that rule the skies. Following in his father’s footsteps, he searches for the source of the Mist and hopes to stop the purges used to control overpopulation. But what he finds are horrifying secrets and lethal ambition. If he continues his quest, it could mean his own death.

The Mist is rising and soon the world will be enveloped in its deadly embrace, turning what’s left of humanity into the undead.

My Review of Book 1

Okay, I didn’t realize that this was book 1 in a series when I started it. And on kindle, you don’t notice how close you are to the end of the book. For those reasons, the end was a bit shocking. But it is at a perfect spot. This was my first Morgan L Busse book, but it definitely won’t be the last!!

I love the well-written characters. They feel like friends. Well, except for the ones who are enemies. 🙂

Cass, her story is hard. But her curiosity and courage are very inspiring. She gets herself into a few jams, but she doesn’t give up. Living on the street at 14, with more than the ordinary street dangers is just the beginning.

And the faith of Theo and the captain are woven into the story at just the right level to spark curiosity without being preachy. I think Cass will probably believe by the end of the next book.

Theo is someone I admire. He is determined to learn all he can because he wants to help people. Power for power’s sake seems to turn his stomach, and that’s always wonderful to see in someone on the edge of inheriting a good deal of power.

I received a copy of this Christian steampunk book from #celebratelit and chose to review it here. All thoughts are my own.

Not everyone wants to see the world saved . . .

Time is running out. Cities are being engulfed in the Mist and humanity is on the brink of extinction. Theo believes he has found a way to stop mankind from Turning, but he doesn’t know how to alter Cass’s unique blood into a cure. Or if it can even be done.

Meanwhile, Cass struggles with the idea that she is possibly the savior of the world—a world she is not sure is worth saving.

From the Winchester manse to the steel city of Decadenn, there is something more chasing Cass than the House of Lords or the masked man who can walk in the Mist. Soon she must decide if she will use her blood to save mankind or let those who only care about themselves perish.

My Review of Book 2

It’s too short! I’m not done spending time with Cass and Theo. And I want to get to know Charity and Adora better!

But man, what a satisfying story. Adventure, suspense, hope, basic human kindness and concepts of equality triumphing over a few power-hungry people.

Cass’s struggle with what was really the right choice, the best use of the gift God had granted her, and who she was willing to share it with, was powerful. It makes you think about how we share (or withhold) our gifts with those around us. Whether that’s our family, community, or strangers halfway across the globe.

Theo actively working against the powers that be, to give everyone a good chance to have a good future, is pretty inspiring too.

Seeing the two of them trying to work out their personal relationship at the same time, figuring out how to honor each other’s strengths and experiences without drowning in their differences and preconceptions was awesome, too!

All told, a very satisfying conclusion, even if it went all too fast for me. I’ll be looking for more Christian steampunk books in the future, because this set got me hooked!

Morgan L. Busse is a writer by day and a mother by night. She is the author of the Follower of the Word series and the award-winning steampunk series, The Soul Chronicles. Her debut novel, Daughter of Light, was a Christy and Carol Award finalist. During her spare time she enjoys playing games, taking long walks, and dreaming about her next novel.