Welcome to another Celebrate Lit Book Review: The Bachelor Missions: Kristian Clark and the Agency Trap (Book One)

I received a free copy of this book to review, but my thoughts are my own, I was not required to leave a positive review. Note this post contains affiliate links, you may read my full disclosure here.

Name of book: The Bachelor Missions

The good-guys, the bad-guys, and the wild card- it’s the ultimate game of cloak and dagger…

Kristian Clark, private eye, thought his days as a special agent were behind him, but when he’s drafted into action, he finds himself reunited with his old team- and painful memories of why they broke up in the first place.
But as he plunges into mission after mission- from a ‘holy heist’ to babysitting a young hacker to going undercover in a cult- Kristian find that everything he tried to leave behind is coming back to haunt him with a vengeance, and then some.
First there’s the mysterious woman who knows more about Kristian- and his past- than makes sense while using science fiction weapons that don’t make sense period. Then there are the shady powers-that-be who are responsible for drafting him back into this world to satisfy their own nefarious agendas.
It’s all Kristian can do to keep from being pulled into their games as he tries to figure out who to trust and what to fight for, even as the trap put in place to destroy him is set with a ticking clock.
When did espionage get so complicated?

Jes Drew lives with her mom, dad, younger sister (the illustrious Nicki Chapelway), four younger brothers (yes, four), and two dogs. She is the author of both the Ninja and Hunter trilogy and the Howling Twenty trilogy. Besides writing, she enjoys reading, daydreaming, and her day job. There is also a possibility that she may or may not be a secret agent, but that’s classified. Still, you can contact her at http://pausefortales.blogspot.com/

My Thoughts on The Bachelor Missions

I enjoyed watching the prayers and caring of one woman (Amelia) effect the whole team. Sometimes it seemed a bit much, but at the same time, she was very Biblical in her efforts. We should be more engaged in caring (witnessing to) for those in our circle of influence. If we were truly effected by the danger those around us are in, we’d be more motivated to pray for them!

I also enjoyed the sci-fi gadgets! A freeze gun, a device that can selectively add or remove memories? Dangerous! An appearance adjuster? You never know what might happen next! Which parts are staged, and what’s real?

I had a hard time with this one. I really enjoyed it, but I was SOOO CONFUSED half the time. Kristian has no idea who to trust, and I was right there with him. Usually, I can figure out what’s going on, but this one left me hanging. In order to figure out who’s really the good guys/bad guys, and how many groups are actually involved in this grand saga, I’ll have to get the next book. If you don’t mind a cliffhanger adventure, I would consider reading this.

*One note of caution, in the section involving infiltrating a cult to get information, things get a little graphic. I would not recommend for anyone under age 16.

You can get your copy here.

I began writing at a very young age. I don’t think I even started school yet when I came out with my first children’s titles. The Swan Princess and Flamingo Queen was followed by a sequel The Duck Prince and Unicorn King (because I thought it was unfair that only the mom and sister had to go through transformations), and Julian and Juliette had many reprints- all carefully printed and illustrated by myself before moving to their final destination: safekeeping in my mom’s possession.

Years later, I resumed my writing craft near the end of elementary school with two series of chapter books I wrote and then read aloud to my family. However, it was not until I watched Marvel’s Avengers that I found my true muse (Captain America, obviously). The story was so enthralling, I could do nothing but pick up the pen and compose my first published trilogy: The Ninja and Hunter Seriespublished when I was sixteen. This was followed by the tree books of The Howling Twenties two years later.

But, no longer a ‘young adult’ I’ve moved on beyond that genre to the next age group: New Adult. That genre infamously known for its many vices and sins. However, we as Christians are called to “Take every thought captive to obey Christ” (2 Corinthians 10:5b), and a genre targeted toward twenty-somethings should be no exception.

So this is my first release in the New Adult genre. Kristian Clark might be a secret-agent-turned-private-investigator-turned-secret-agent again, but he still deals with the same problems all twenty-somethings face: adapting to a career, longing for a soul mate, and searching for deeper meaning in all the noise. With a little intrigue and cool gadgets on the side because, well, he is a secret-agent-turned-private-investigator-turned-secret-agent after all.

A great way to get many Christian impressions of a book before you buy it!

Reflections From My Bookshelf, November 7

To celebrate her tour, Jes is giving away TWO Prizes!

and a
1st Place Prize of The Time I Saved the Day, also signed, and a ten dollar Amazon gift card!! 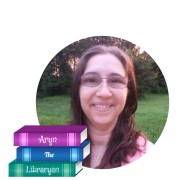 Hi, I’m Aryn. Daughter of the King! What an incredible privilege! Wife and helpmeet to Mr. Tall, Dark, and Handsome! Mom to 2 active children who happen to be ALL BOY! Encourager, avid reader, and seeker of better health. I’m so excited to share this journey with you!

26 Comments on “Bachelor Missions: A Faith Adventure to Remember”